The Sentier : vibrant, central, charming and iconic, the heart of the 2nd arrondissement of Paris is more Parisian than touristic. 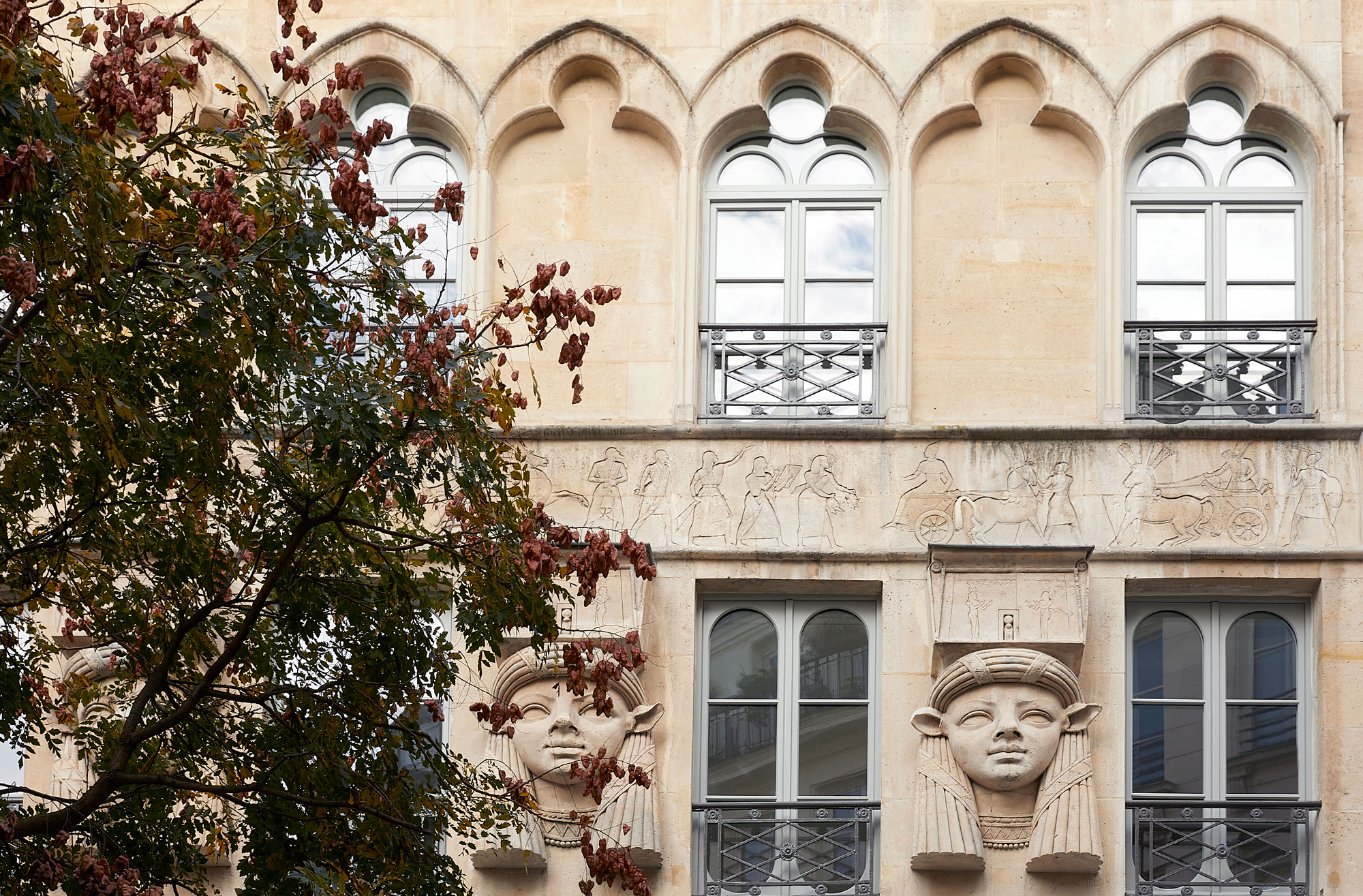 Small hood, grand perspectives, the Sentier is a village in the heart of Paris.

It is the neighborhood of the picturesque rue Montorgueil, of the mythical grand Rex  (the biggest movie theater screen in Europe), of the paved streets where independents small shops and restaurants swarm from many horizons. The neighborhood breathes energy, it’s invigorating. But here we also know how to live the slow pace life, the soft rhythm of a Sunday afternoon spent at a café terrasse, watching people passing by. The Sentier is charged with history, it is full of unusual detours, charming idiosyncrasies and facades to see : starting with ours, then all the streets named in memory of Napoleon’s campaign in Egypt, the Trigano point, (a unique architectural curiosity in Paris), the vegetated wall of the ancient « Cour des Miracles », the street artist CK Combo’s mural, pacifist image in favor of LGBTQ rights. You wonder about famous Parisian museums ? The Louvre and Pompidou center are at a 15 minutes walk away. Cross over the Seine, you are at Orsay Museum. You’ll get to the Picasso museum after walking through the Marais : that is also 15 minutes away. You’d rather ride ? Rent a bicycle around, Paris tourism starts at the corner. Follow the river, it’s a 10-minute ride. 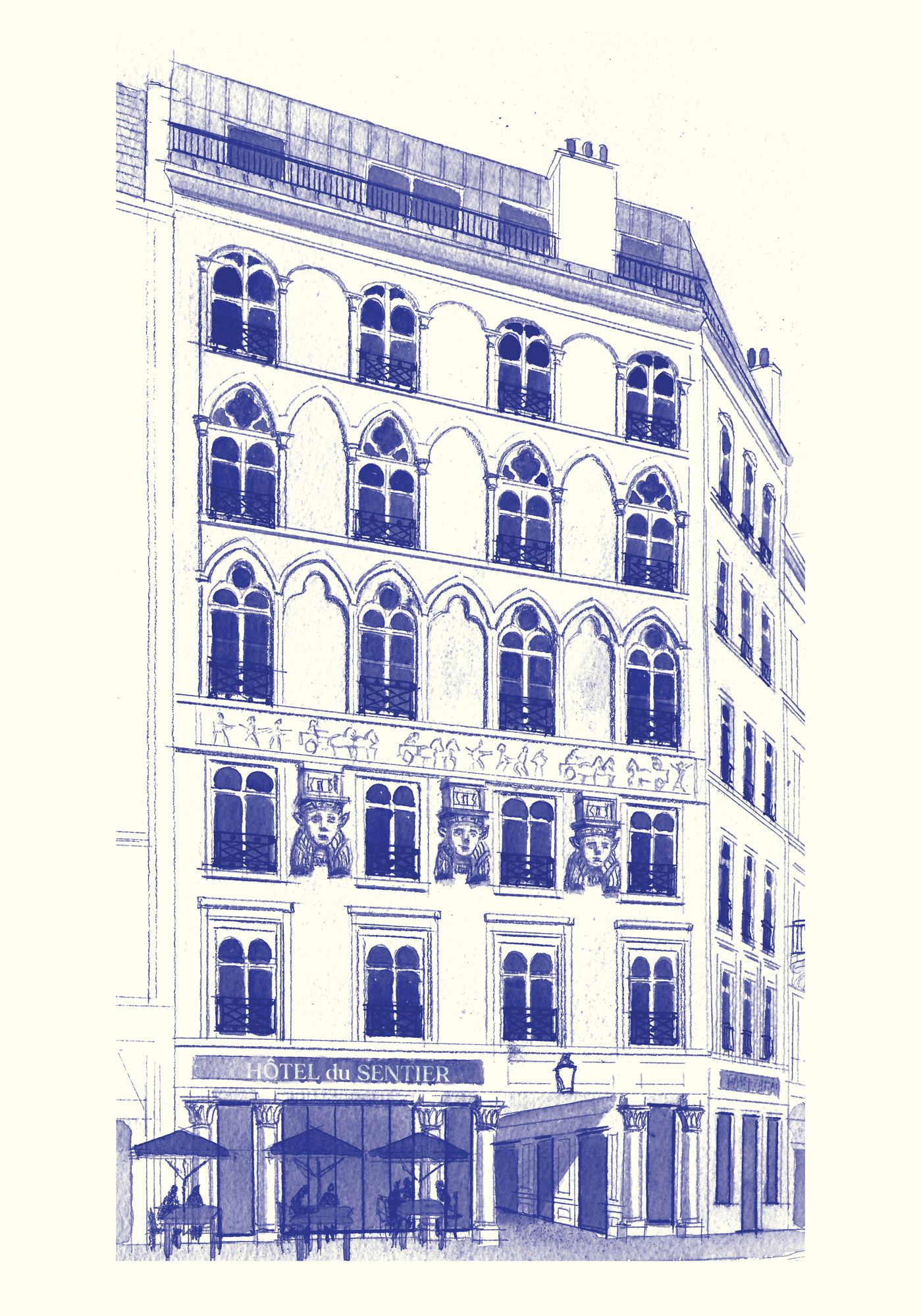 Hôtel du Sentier : the legs of the oldest passage of Paris. The longest and narrowest too.

Built in 1798, the passage du Caire (Cairo Passage) is the oldest covered passage in the capital, known to be the longest (370 m) and the narrowest in Paris (2m60). It was first specialized in printing and lithography (until the end of the Second Empire), then in tailoring – which is still its core business today. Besides, whoever has not attended the ballet of trolleys laden with fabrics in the morning does not really know the Passage du Caire. 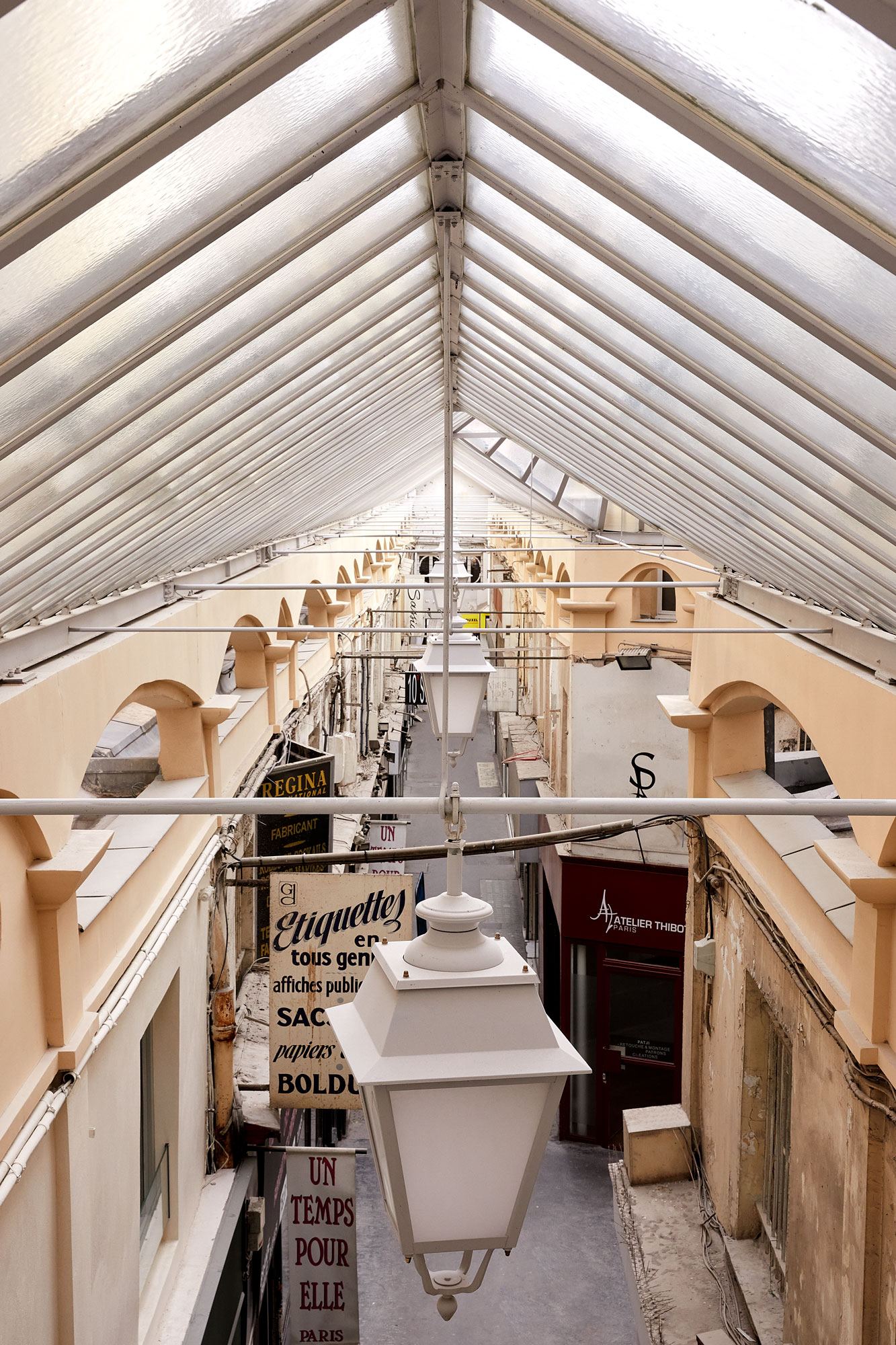 An emblematic facade of the "return from Egypt" style, stories and history that run under the glass roof of the passage du Caire.

Erected in memory of Napoleon’s victorious campaign in Egypt, the passage symbolizes the beginning of Egyptomania which then seized France. Witness the three statues bearing the effigy of the goddess Hathor, divinity of festivities and love (recognizable by her cow’s ears) and the bas-reliefs on the facade of the hotel – built around 1830 and listed as a landmark. Amid the hieroglyphics, however, a curious anachronism reigns: the caricature of the painter Bougenier, called “the Bouginier”, a mocking work by the sculptor of the facade, Gabriel Joseph Garraud. The latter’s students, members of the community of artists of the Childebert, then plastered Bougenier’s caricature in all the streets of Paris and beyond, Bougenier was the subject of their mockery. Alexandre Privat d´Anglemont in Paris anecdote recounts:
“In less than two weeks, all the walls of Paris had their Bouginier; the romantics of Childebert began this routine out of revenge, the kids of Paris continued it out of idleness. Paris did not have a single section of wall that did not have its Bouginier. The province had to be given it. It was early summer. Most of the artists undertook their pilgrimages. We promised to meet, but where? but how ? « Well, » said one of the first to start, to those who were to leave later, « we will exit through the Italian barrier. Look at the walls along the road: you will find your route there. »[…] Which path to take? The first thing they saw on the wall, next to the barrier, was a superb Bouginier with a finger indicating the road to Fontainebleau. They followed these directions, which they found all along the road, and which led them to Lyon, Avignon and Marseille. […] We took passage on the first ship leaving for the former stay of the Knights of St. John of Jerusalem. One finds there, on the walls of the Customs, the same conductive sign and the finger indicating Alexandria. It was found in Egypt on the pyramids.  »
The Bouginiers have disappeared with their designers, except that of the facade of 2, place du Caire. Carved in stone, it is the last witness to this long joke of a bygone age. 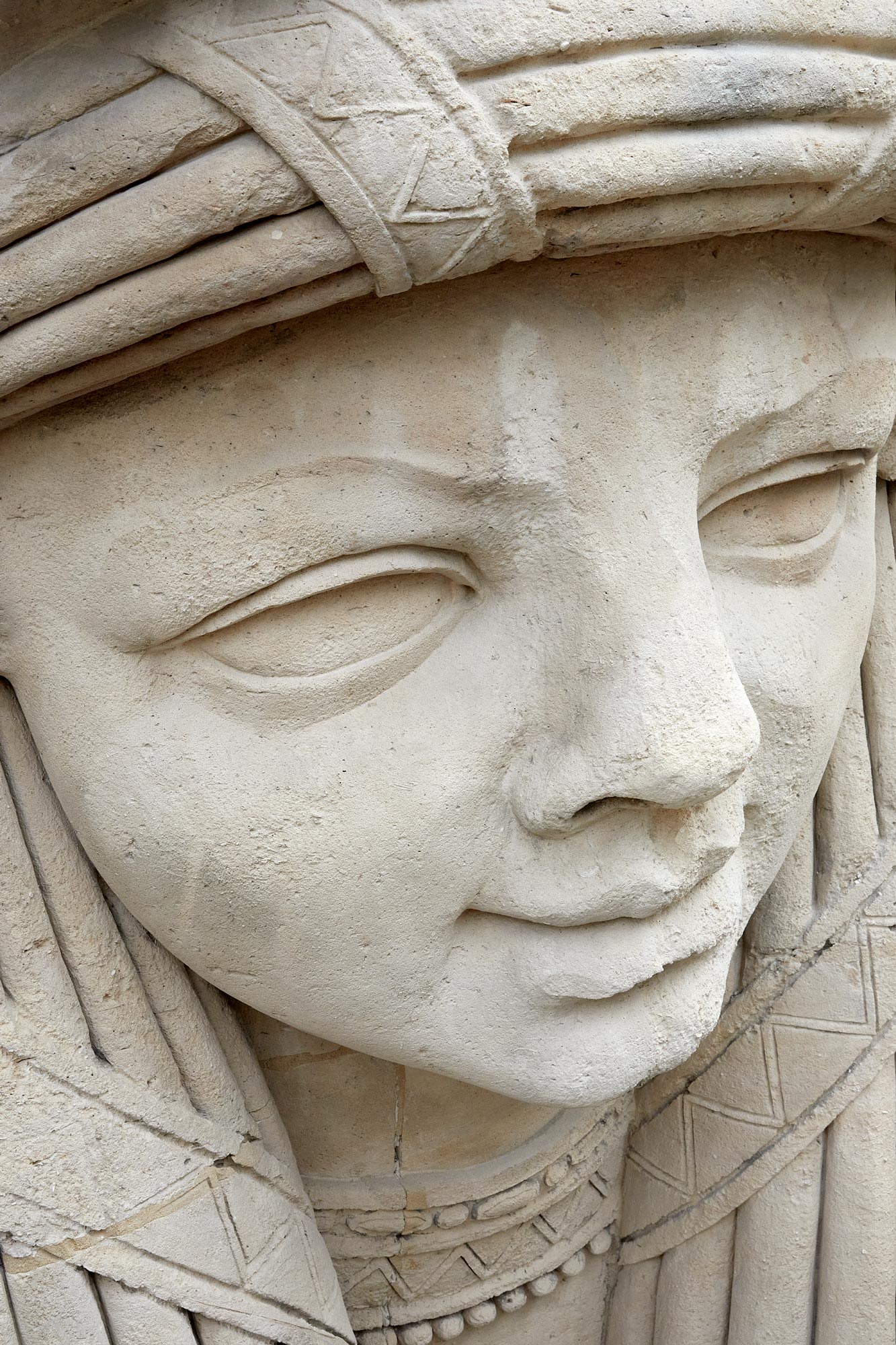 The goddess Hathor, deity of festivities and love. We find that it suits us well.

She lives on our facade and she made us a neighborhood icon. She keeps watch, with her hieroglyphic friends who decorate us. Hathor is also the goddess of music, beauty and joy. Yes really, it suits us well.